High carbon steel has many fascinating and useful properties. Continue below to review some of the most important facts about high carbon steel, including what it is, how we use it, and where to drop it off for recycling near you!

High carbon steel has several useful properties. Not only is it very hard and strong, but it is also resistant to high levels of heat and resistant to wear and tear. Furthermore, it offers moderate ductility, meaning it can be formed and fashioned, even bent or warped, but still not break. After learning these properties of high carbon steel, you can better understand why we use it the way we do!

The truth is, because the high carbon level in high carbon steel actually makes it quite brittle, it significantly restricts its possible uses. However, this does not mean we do not use plenty of high carbon steel in our society. High carbon steel is used in a wide range of industries and in various fashions. Some of the most common high carbon steel commodities include cast iron items, like gates, plumbing fixtures, art, and furniture. Additional uses include wood stoves, cookware, cutting tools, and masonry nails.

How to Support Steel Sustainability

All forms of steel, and metal for that matter, are 100% recyclable. To help support steel sustainability and preserve our natural resources, be sure to recycle all of your scrap metal, at work and at home. Many reputable metal recycling companies in Indianapolis will pay you for your scrap metal goods!

Do you have left over metal materials or scrap metal to recycle for cash in Indiana? Contact Garden City Iron & Metal at 1-888-586-5322 to recycle scrap metal in Indianapolis and make the most profit in town. We accept all metal and metal commodities, especially vehicles!

Whether you own a construction company or teach a metal fabrication class, having a surplus of leftover steel from a recent project can benefit you greatly in many ways. Continue reading to learn what you can do with surplus steel, including one way that will make you an instant cash profit right here in central Indiana.

The Advantages of Scrap Steel

One the best attributes of scrap steel is that it is 100% recyclable and can be repurposed into a countless number of commodities applicable in a wide range of industries. From construction and farming to automotive manufacturing, food canning, and much more, steel plays a vital role in our nation’s economy, as well as the global economy.

So, when you have leftover steel that seems to serve no purpose, look to these ideas to make the most out of your scrap metal:

Do you have an artist in the family? Scrap metal, especially steel piping and sheet metal, can be used to create magnificent art projects and artworks. From sculptures and statues to abstract figures and more, steel makes the perfect material for molding and welding art of all forms.

If you consider yourself a pretty capable handyman, you can use your left over scrap steel to provide certain reinforcements and repairs around your home or business. You can use scrap steel to build handrails and banisters, or to reinforce patios and decking.

If you are preparing to build a new shed or storage utility barn on your property, your leftover steel scrap can be put to good use. Talk to your general contractor about incorporating your left over scrap in order to reduce the cost of materials.

Are you looking for a trusted Indiana metal recycling company that will pay you top dollar for your steel? Contact Garden City Iron & Metal at 1-888-586-5322 to speak with a professional scrap metal buyer in Indianapolis, Indiana. We accept all scrap metal and metal commodities, including scrap steel and construction scrap.

Steel, like many other ferrous metals, is susceptible to rust formation. For this reason, steel is often galvanized. Galvanizing is the process of adding a layer of protective coating made of zinc to metal for the purpose of preventing the occurrence of rust. Although the zinc is intended to act as a protective layer against rust, it too can develop a similar condition, called “white rust.”

Continue reading to learn more about white rust, including what causes it to form and how it can be prevented. 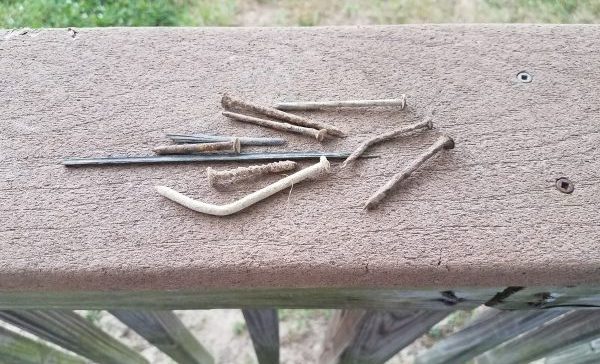 What is White Rust?

White rust is a white, chalky film that can develop on the surfaces of zinc alloys and zinc-coated materials, commonly galvanized steel. In fact, it is a prevalent problem in the galvanized steel industries. It basically looks like a cloudy layer or dry, milky-looking substance on metal.

When zinc is exposed to hydrogen and oxygen, zinc hydroxide is created, which is the root of white rust formation. This is in contrast to iron oxide, which is what causes standard rust to form. The most common reason why zinc-coated materials are ever exposed to such conditions are during the process of galvanization, when newly-galvanized steel comes into contact with water, or hydrogen dioxide.

White rust forms when this happens because the new zinc coating has not yet had time to develop stable oxides, so instead, the hydrogen and oxygen bond with the zinc, which then forms zinc hydroxide. Condensation that develops as a result of storing galvanized steel is another common cause of white rust formation.

Will White Rust Have Negative Effects on Metal?

Not only is the appearance of white rust unappealing, the effects are destructive to the coating, making the galvanization useless. White rust can render the base metal more vulnerable to discoloration, corrosion, reduced strength, and more.

How Do You Get Rid of White Rust?

Although one cannot necessarily reverse the effects or formation of white rust, it can be prevented. When you have galvanized steel, be sure to store it in a cool, dry area to avoid condensation. Furthermore, avoid exposure to water or any hydrogen-rich environments, and try to use passivating chemicals or oils for added protection. It helps to allow the zinc oxides to stabilize by allowing your steel to age in a low humidity environment for a while.

What Should I Do With White Rusted Steel? 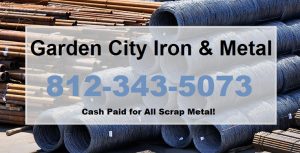 Call Garden City Iron & Metal at 1-888-586-5322 recycle scrap metal in Indianapolis, Indiana. We buy and recycle any and all scrap metal and metal-containing commodities, regardless of condition. Whether it is covered in rust or not, we will accept anything with metal, including appliances, vehicles, auto parts, farm equipment, construction equipment and materials, boats, watercrafts, scooters, motorcycles, RVs, and more! Request a free estimate, today.